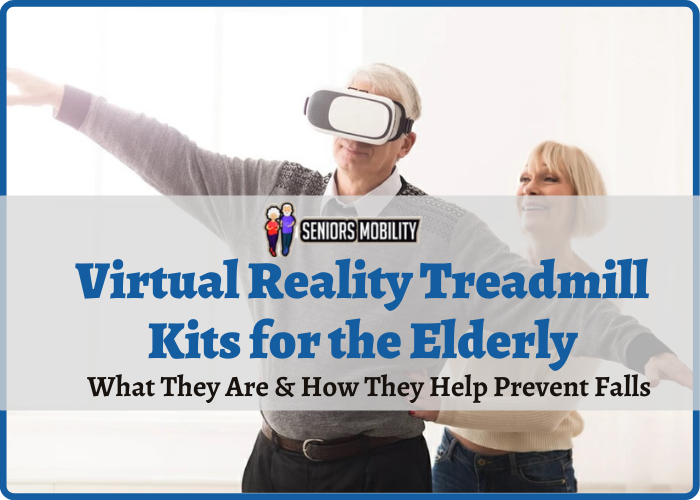 Treadmills are excellent for seniors, but they can be dangerous too. Virtual reality treadmills are another option that offers better safety mechanisms and features for the elderly. So, what makes them different from regular treadmills?

In today’s guide, we’ll look at virtual reality treadmill kits for the elderly. We explain what these devices are and how they can help prevent falls.

What is a Virtual Reality Treadmill For Seniors? 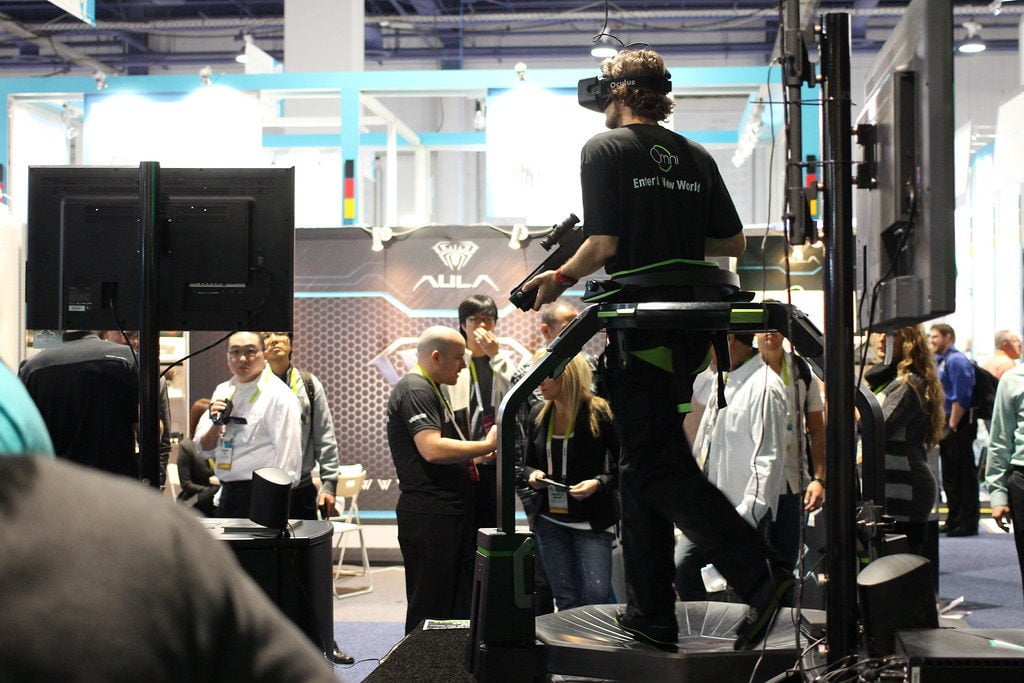 Virtual reality treadmills are devices that allow you to move in any direction. Unlike traditional treadmills, these devices have a multidirectional belt. The device also comes with a virtual reality headset, allowing you to walk or jog in virtual environments like a forest or the beach without leaving your house.

Additionally, virtual reality treadmills tend to be more secure because you must be locked onto the device to use it. Once you are attached, you can walk or jog in the environment you choose.

What Are The Pros And Cons Of A Virtual Reality Treadmill For Seniors?

Virtual reality treadmills can be highly beneficial for seniors because of their many features. However, they also present some drawbacks that you should consider before getting one.

They can also prevent falls because seniors are attached to the machine while they use it. Therefore, they have physical stability during their exercises.

Where To Buy A Virtual Reality Treadmill Kit For Seniors?

Although it is not yet a technology used widely by seniors, there are some options that offer the best features for them. For instance, Virtuix offers cutting-edge technology, durability, and other elements that can benefit seniors.

Virtuix is one of the leading brands when it comes to virtual reality devices. Their Omni is a virtual reality treadmill that works perfectly for gamers and offers features that are necessary for seniors. It has excellent safety features, is easy to use, and is highly durable.

Cyberith is another leading brand in the virtual reality industry. Their Virtualizer is a virtual reality treadmill that operates similarly to the Omni but with a different design and some unique features. This option has one of the best safety mechanisms, making it a perfect choice for seniors.

Buying Guide: What To Look For In A Virtual Reality Treadmill Kit?

There are certain aspects you should consider before buying your virtual reality treadmill. For instance, you should look for a device that is easy to use and adjust to your needs.

Here’s what you should consider:

There are also some features you should avoid:

Virtual reality treadmills are a new technology that will probably become the standard for gaming and seniors. They offer unique safety features that the traditional models cannot provide, like stability and fall prevention.

They also allow you to walk or jog in an entirely new environment of your choosing. By investing in the correct model for your needs, you can take your physical rehabilitation to the next level.

Virtual reality and the prevention of falls in the real world

Best Treadmill for Seniors: 10 Top Treadmills for Every Need

Choosing a Treadmill for the Elderly: Expert Buying Guide

Benefits of Treadmill Walking For Seniors: 8 Science-Backed Benefits for the Elderly

Kate is a freelancer writer who has worked as a Healthy Children's Facilitator at Cardinia Shire Council in the Greater Melbourne Area in Australia. Kate graduated from Edith Cowan university with a background in Health Science and Health Promotion.