We’re often told that watching TV is bad for us, and there’s truth to this! But everything in moderation, including television, is a possibility. For seniors, TV can help them feel connected to the world, remember their favorite shows of the past, or simply relax and enjoy music, comedy, or a gripping story.

With the endless streaming options these days, it’s easy to find a television show that your senior patient or loved one will enjoy! Here are some of the best TV shows for seniors.

Most Popular TV Shows for Seniors 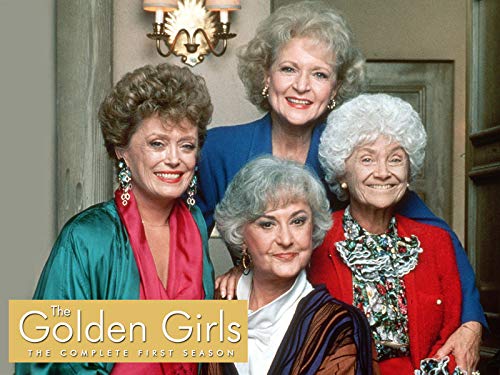 The Golden Girls is a perennial favorite among viewers of all ages. Even if you weren’t around when it first aired, you probably grew up watching reruns. This show, which aired 1985 to 1992, is all about life after middle age — with a hefty dose of laughter thanks to Betty White, Bea Arthur, Estelle Getty, and Rue McClanahan.

Jeopardy! as most of us know and love it has been around since its syndication under Alex Trebek in 1984. But the show has actually been around since 1964! Everyone can enjoy the show, with its variety of trivia categories and slow, soothing gameplay.

Murder, She Wrote was one of the most popular shows of the eighties and nineties. Starring Angela Lansbury, the series is a comfortable murder mystery geared toward seniors, a fun combination of Miss Marple and other popular mystery series. Seniors will probably remember watching Jessica Fletcher singlehandedly save the town of Cabot Cove.

Sit and Be Fit

Sit and Be Fit is an exercise show that is geared entirely toward senior citizens, providing ways to remain active — something vital for seniors. The program teaches them how to do simple chair exercises that are accessible to almost anyone, regardless of their physical limitations. Sit and Be Fit airs on PBS and has a streaming service.

Simple TV Shows for the Elderly 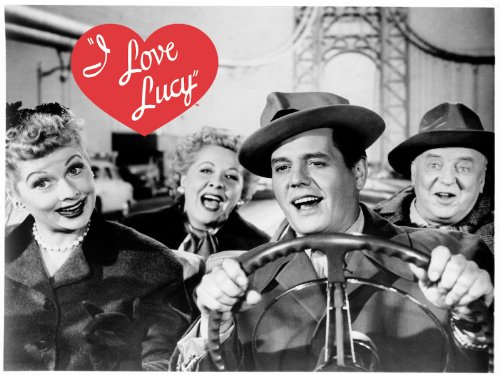 I Love Lucy has been a favorite show of generations. It may have gone off the air in 1957, but the hijinx of Lucille Ball and Desi Arnaz remain a classic. Seniors will enjoy watching the familiar scenes from the queen of comedy, affectionately known as Everyone’s Favorite Redhead.

Dancing With the Stars

Reality shows are often a good choice for senior citizens. They have a simple concept and anyone can jump in and enjoy them, even if they’re a new viewer. Add the music and dancing, and this show is ideal for engaging people of all ages, including seniors.

American Idol is another show with a simple premise that is a great choice for seniors. It is easy to follow, with no long-term storyline. Everyone can enjoy the musical performances (or laugh at them, as the case may be) and the competition, even if they are watching for the first time.

Seniors with dementia may enjoy watching older TV shows like The Andy Griffith Show. With a simple, easy-to-follow plot and familiar storylines, this black-and-white series ran from 1960 to 1968. Many elderly people probably watched it in their young adulthood and will enjoy hearkening back to Andy Taylor and the town of Mayberry.

The Lawrence Welk Show was a music and variety show that ran from 1955-1982. For many seniors, it was probably a part of their youth or young adulthood. Most of the acts are music and dance performances, which have been shown to have positive effects on adults with dementia.

Carol Burnett’s variety show, which aired during the 1960s and 70s, earned her a reputation as Hollywood’s queen of comedy. Many seniors will have good memories of watching these sketches and can benefit from the health effects of watching comedy and laughing.

The Great British Baking Show is a serial baking competition, but it lacks the ferocious intensity of most competitive shows. Instead, this fun series is almost hypnotically soothing, filled with beautiful illustrations and dives into historic baking methods. It is a pleasant, upbeat show that is defined by its funny hosts, gentle rhythm, and cheeky — but still classy — innuendo.

The Toys That Made Us

The Toys That Made Us is a documentary following the creation and spread of many popular toys. Seniors may enjoy taking a nostalgic dive into the toys of their and their children’s childhood, in this series that will engage viewers of all kinds.

Seniors who enjoy history will love watching The Crown, Netflix’s dramatization of the rule of Queen Elizabeth II. The show starts from the earliest days of her reign, following some of the most famous historical events of the latter half of the 20th century, from the Cold War to Princess Diana’s wedding.

Best TV Shows on Amazon Prime for the Elderly 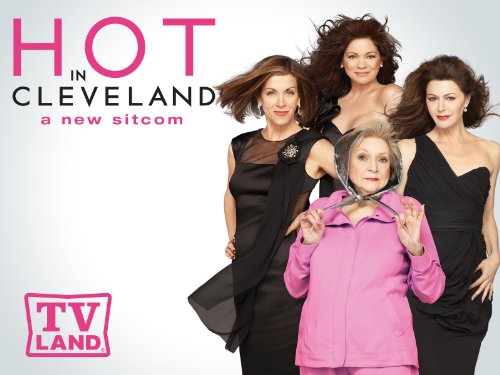 Hot in Cleveland is all about relationships and attraction in the latter part of life. The show is geared toward seniors and serves up plenty of laughs. Seniors will enjoy the catered storyline and the excellent cast, spearheaded by the late and great Betty White. 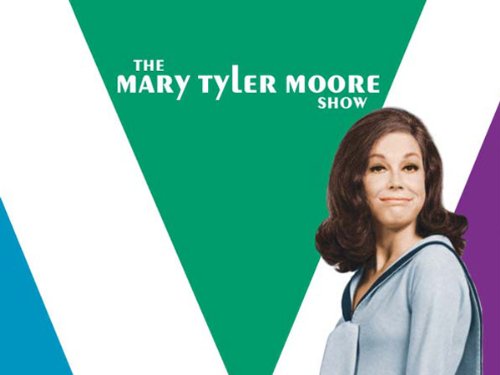 The Mary Tyler Moore Show was one of the most popular and groundbreaking series of the 1970s. This funny, complex show was revolutionary for its time and introduced many famous characters, including the snobby Phyllis Lindstrom and the salacious Sue Ann Nivens.

Little House on the Prairie 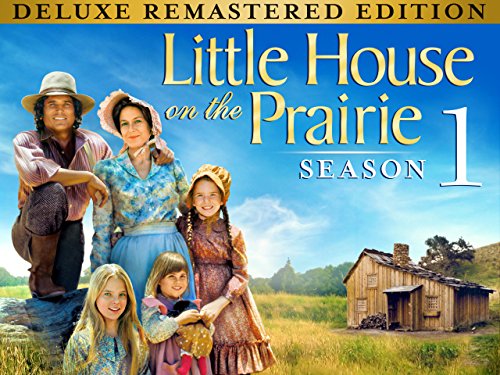 Little House on the Prairie was one of the most popular shows of the 1970s and early 1980s, adapted from the series by Laura Ingalls Wilder. Seniors will enjoy the old drama series, which has a gripping storyline and plenty of familiar characters!

In the age of streaming, there are countless ways to help seniors find a show they enjoy. While it’s important to stay active and pursue hobbies into old age, many seniors find comfort and enjoyment in watching their favorite shows. Their caretakers might come to love them, too! 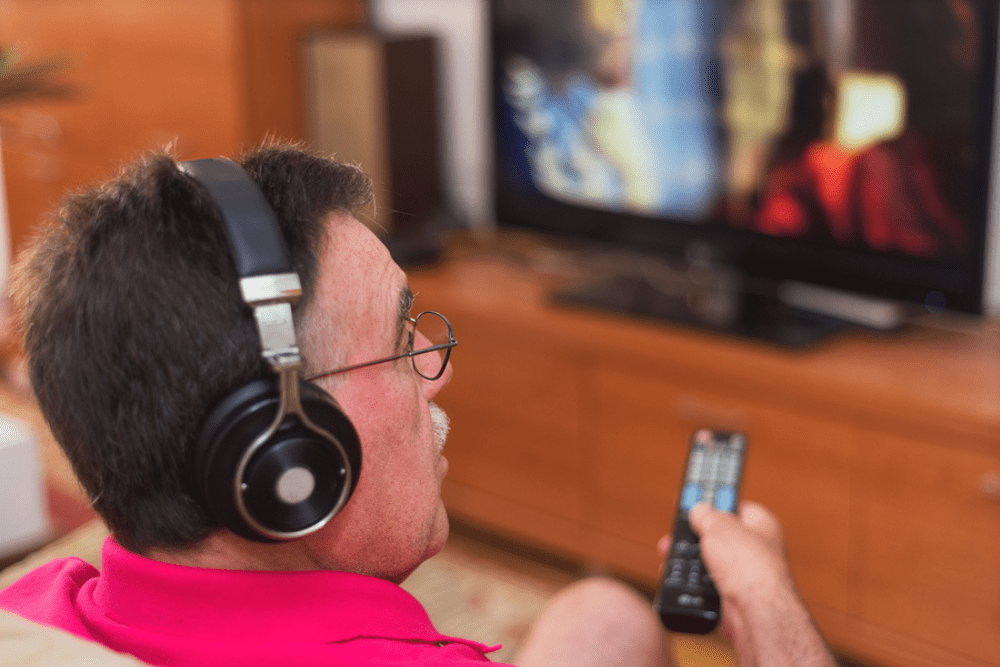 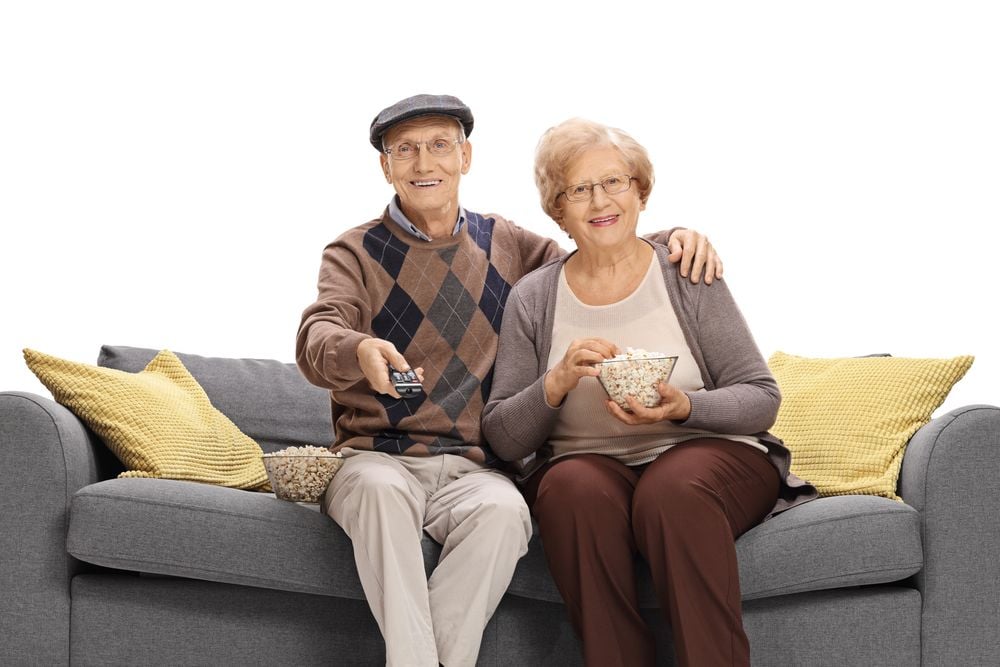 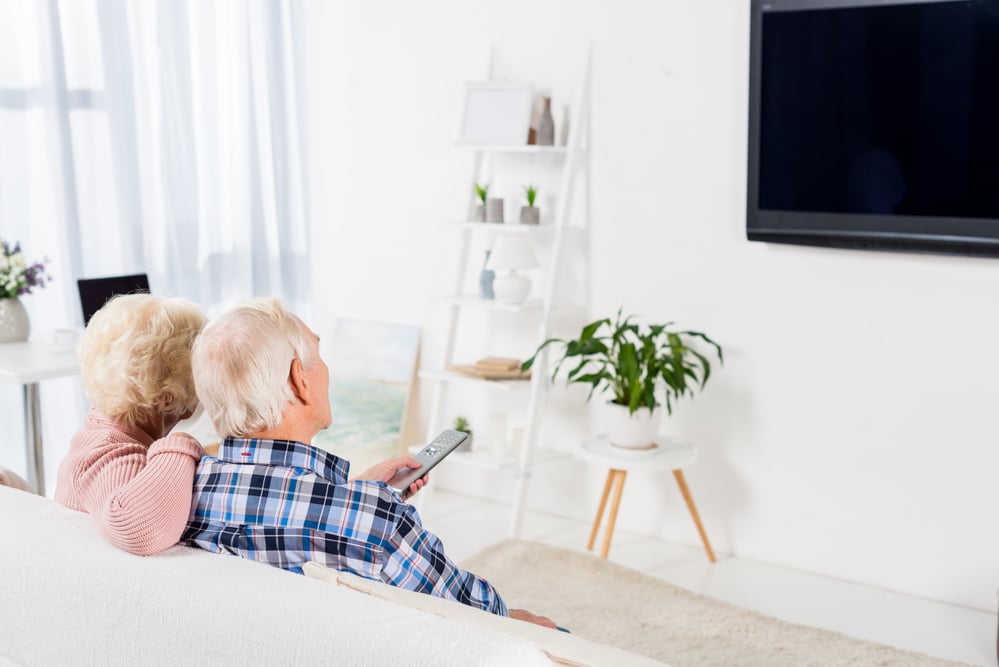 Best TV for Seniors (2022): 7 Easy to Use TVs for the Elderly Reviewed 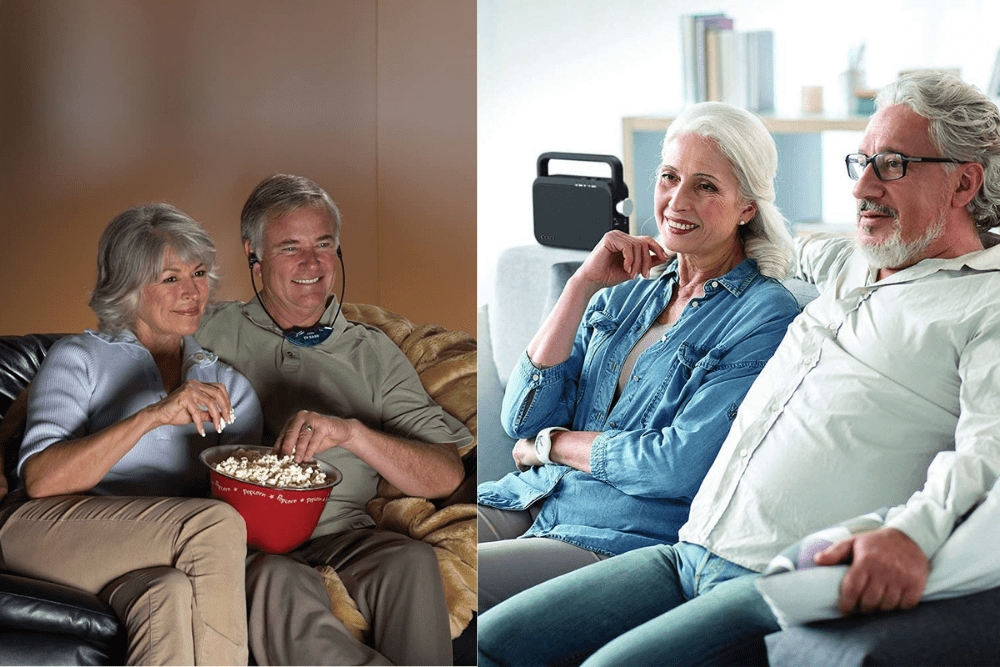 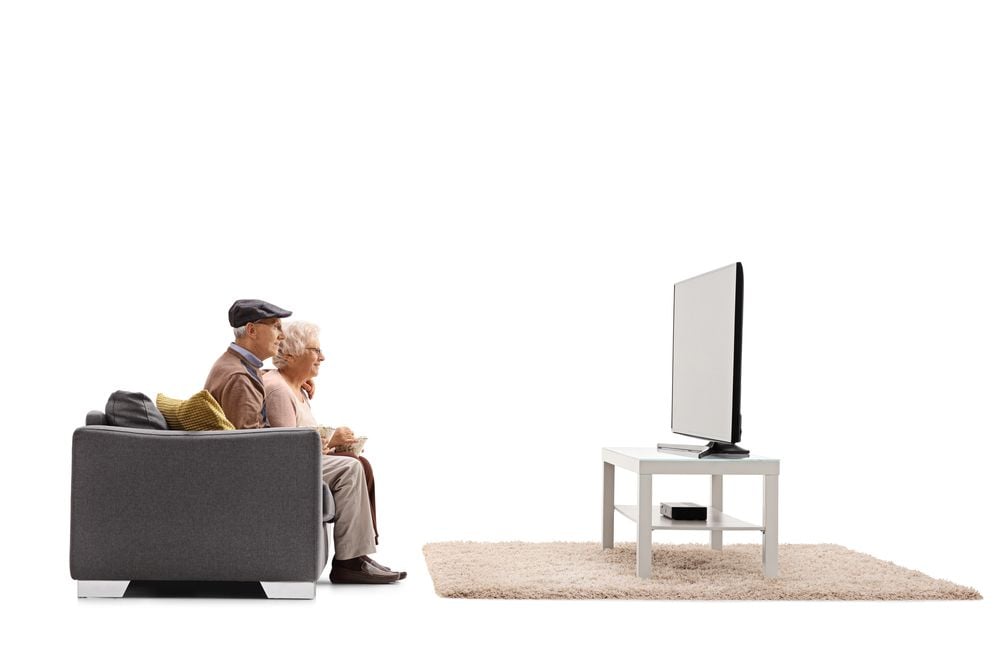 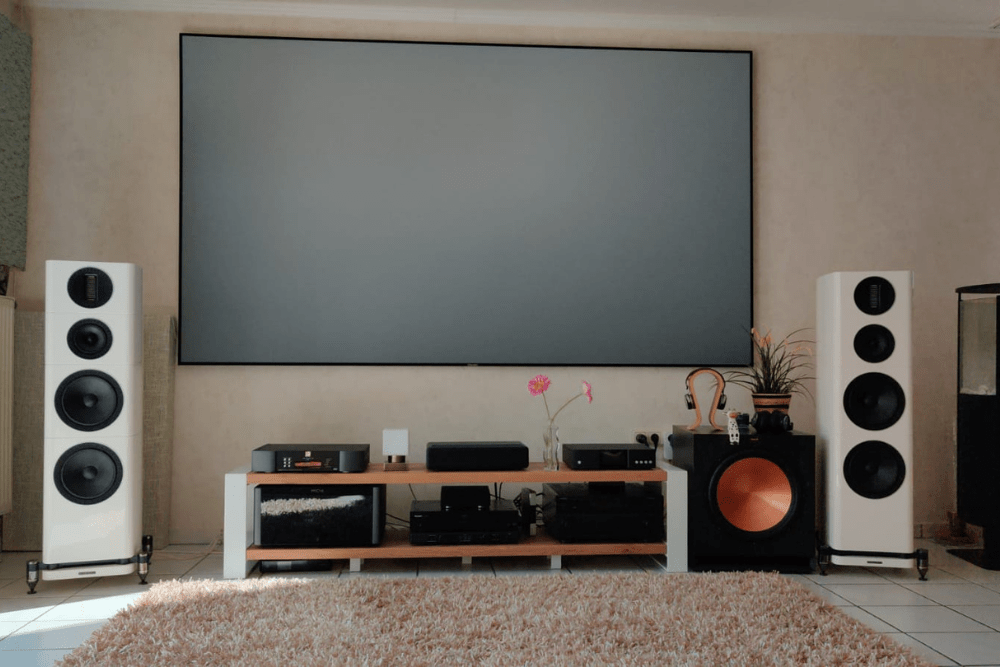